Comments Off on IT-SecX Conference Posted by ChrisJohnRiley on September 28, 2010

Now that BruCON is over, and my liver has begun to return to normal (it may take a while), I’m looking towards the next event. It-SecX (IT Security eXchange) is a local security conference held at the FH St.Pölten campus near to Vienna. I’ve attended for the last few years, and will be running a workshop of some kind (probably Metasploit related) at the event. I might even put in for a short talk about UA-Tester if I get time to add to the material I already have.

IT-SecX will be taking place a little later this year, on the evening of November 12th 2010. Although the main language of the conference is German, I’ve never had any issue giving my talks/workshops in English. If you’re interested in talking at the event, the CFP is now open.

Hope to see you there!

Comments Off on IT-SecX Presentations online Posted by ChrisJohnRiley on December 4, 2008

The guys at FH-St.Pölten have released some of the presenations from the IT-SecX event back in October. Any comments on the “Information Disclosure” presentation are gatefully received 😉

Well the IT-Secx event is over and done. A single evening, crammed with everything from Quantum Encryption, SOHO Router hacking, PHP, through to Metasploit Post Exploitation demos. The event was a great success for me personally. Not only did I managed to stand up in-front of a group of people and talk about security, I also managed to get them to laugh. Although I did have to resort to a few Microsoft jokes at times to break the mood 😉 I know, I know… easy target. Anyway, Lets take a look at the talks I went to and give you a quick breakdown. As soon as there are links to the presentations I’ll post up the links (not all slides will be in English however).

After a long drive and some issues with my GPS thinking that a factory was in-fact the Fachhochschule St. Pölten, we finally arrived. To start things of we popped into Andreas Beder’s talk on MitM and DNS-Spoofing. I was hoping for something new and shiny I must admit, but, well it was what it was. For a first presentation (which I gather it was for him) things went ok. The presentation was a little light on technical details, leaving the room a little confused. Nothing new here.

An interesting look at common coding flaws in PHP and the use of the TYPO3 framework to correct some of the problems. As I’m testing a PHP/TYPO3 system in the next few weeks this was a must see. Usual stuff covered, including why phpinfo is a bad thing. Overall it was interesting and Ill be grabbing the slides when they’re made public.

An interesting look at the future of Cisco’s TrustSec. From the talk it looks like penetration testers will have new obstacles in the future when it comes to pure Cisco environments. Layer 2 encryption between switches without additional software sounds like a great plan. You’ve got to figure in where your IDS/IPS will sit, as it’s going to need to see the traffic, but other than that it sounds like the perfect solution. No need for agents on the client system. The presentation may or may not be made public, as some of the content isn’t ready for general consumption. The ACL reducing stuff sounds pretty good… watch this space.

Well I guess the cat is out of the bag as to who I work for now. Still, anybody with a little skill and a linkedIn account could probably find that in about 5 minutes anyway. I’ll let you judge on the presentation. There isn’t any new ground covered here, but it’s still a useful reminder of common configuration failings. I think Sebastian Maier (naxxatoe) said it best “sometimes you need somebody to keep kicking you in the head to remind you” At least that’s basically what he said. I guess what you can take from that is that my talk was like getting kicked in the head. Not sure that’s a good or bad thing 😉 If you were at the event and saw the presentation, let me know what you thought. Feedback is always a good thing after all. Slides will be up soon, here or with the other IT-SecX slides.

Unfortunately I only caught the last few minutes of the presentation. From what I did see the talk was high on technical content. Covering reverse engineering and development of exploit code. I caught up briefly with Bernhard after the talk and we discussed a few points. Hopefully he’ll forward on the slides and I can take a look in my own time. Worth a look at this even if it’s just for the SQL 2000 vulnerability demo he ran. Good stuff.

Great presentation, very funny, but packed with some great insight on the state of SOHO router (in)security. I’m not sure looking at the slides from this is going to give you the full effect of that talk, but the content is certainly worth listening to. If you get a chance to see this talk somewhere else (25C3 maybe) then I’d definitely recommend. It’s inspired me to find a couple of old routers I have laying about and see what I can do with them. Check out the nicenamecrew website for the slides and other tid-bits.

Last talk of the night and we were falgging at bit by this point. That saying, there’s nothing like a good live demo to keep you alert. This was Metasploit Post Exploitation. Usual stuff covered here, password hashes recovery and cracking, automated attack script for exploitation and information gathering (hash dumping) was a nice bonus. Can’t wait to see the script publicly available. Mass exploitation and information download in seconds. The Incognito demo was also nice. I’ve had issues with it in the lab and not had the time to play much with it. So nice to see it in action.

Overall the night was great. Good presentations, and nice people. It’s always good to meet up with fellow security professionals/hackers and converse. I hope to do it again next year given the chance. Maybe even run a training session. I was sorry to miss the talk on Quantum Hacking. The Quantum Cryptography information would have been good to see, especially as the people at St. Pölten would be the ones to know, as they’re a part of the current project. Still, from what my girlfriend said, the talk was a little TOO technical. Unless you’re a maths major it was probably a waste 😉 I’ll check the slides when they’re out.

If you’re in Austria next year make sure to check out IT-SecX… it may be small, but it packs a punch.

Comments Off on Quantum encryption Posted by ChrisJohnRiley on October 23, 2008 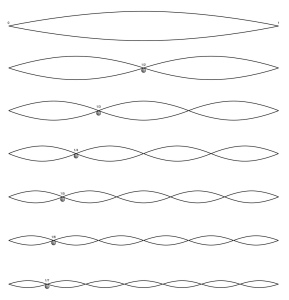 It’s been a slow month for the blog… too much work to get through and a general lack of enthusiasm are to blame. Still, I’m not sure how this little news story got past me. The security applications of quantum encryption would be imense as long as it works as advertised.

It seems that a group of people much smarter than most have managed to demonstrate a working example of quantum encryption right here in Austria. The full details of the story can be found HERE.

On a more personal note the town of St. Pölten mentioned in the story is only about an hour away. I’ll be giving a talk there on “Information Disclosure” at the IT-SecX event on the 31st. Due to lack of time coming up with the content, it will be a less technical talk than I was hoping. But you can only achieve so much in 24 hours (had to meet the CFP deadline). If anybody is attending, drop me a line.